I'm trying to figure out the best method for modeling a
beam joining plate, where bolts pass through three
separate components (a front plate, the beam, and a back
plate). I'm currently working with a very simple model to
develop a method that will best model the real case.
Below is a picture of my test model with the loading
conditions. 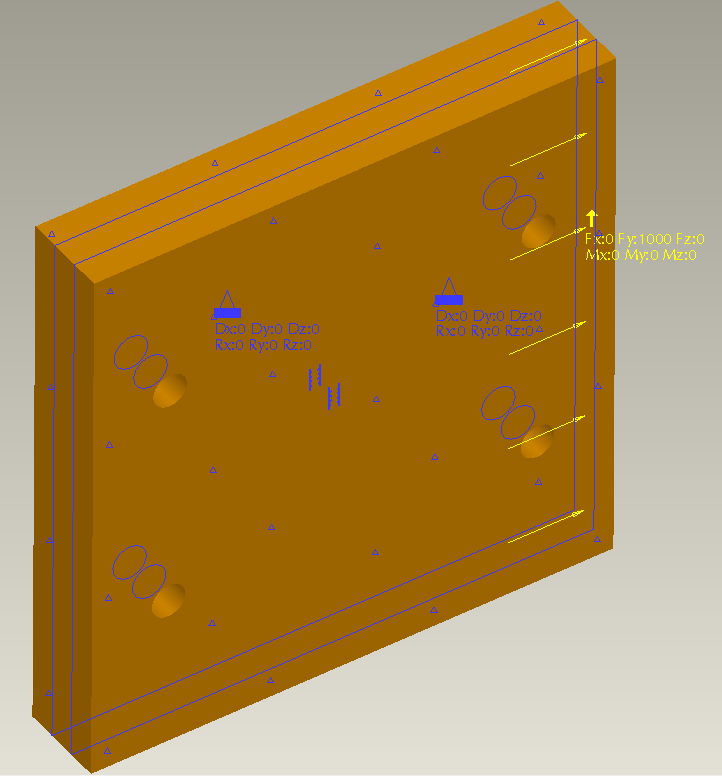 The two outer plates are constrained and the third middle
plate has a load that will pull the plate from between
the other two. In the real world, four bolts will prevent
this from happening, but the question is: what is the
best way to model this in Mechanica?

Currently I have two methods that comes to mind: 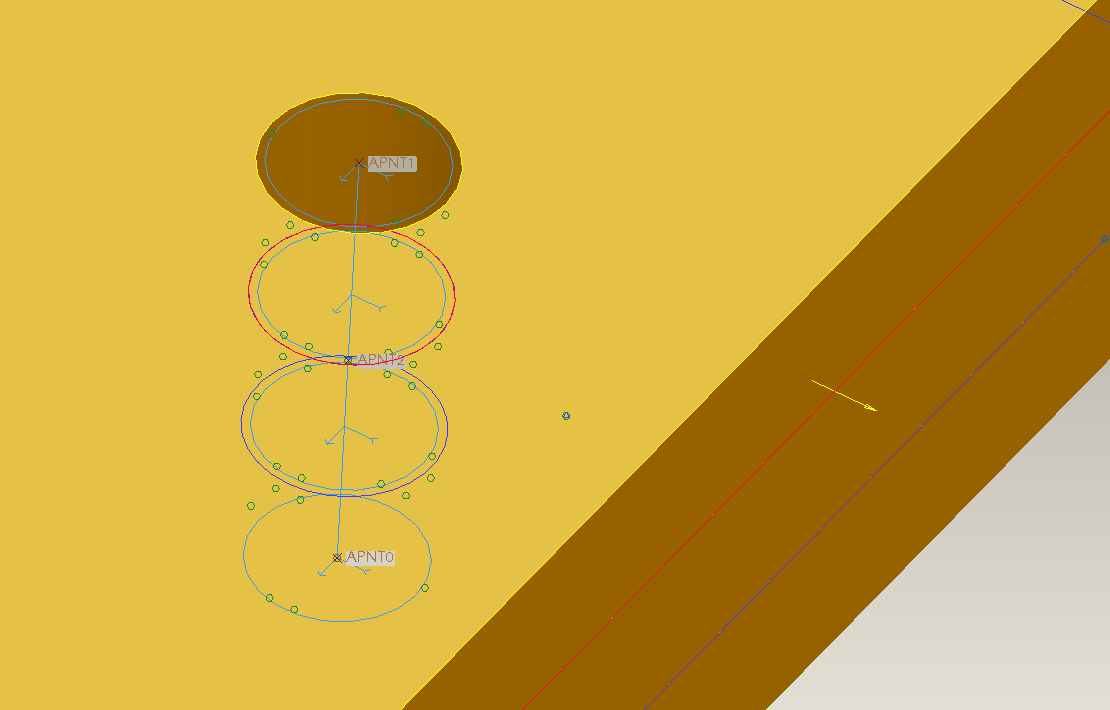 The second method uses two fasteners to join the plates
together. The diagram below shows the connection layout. 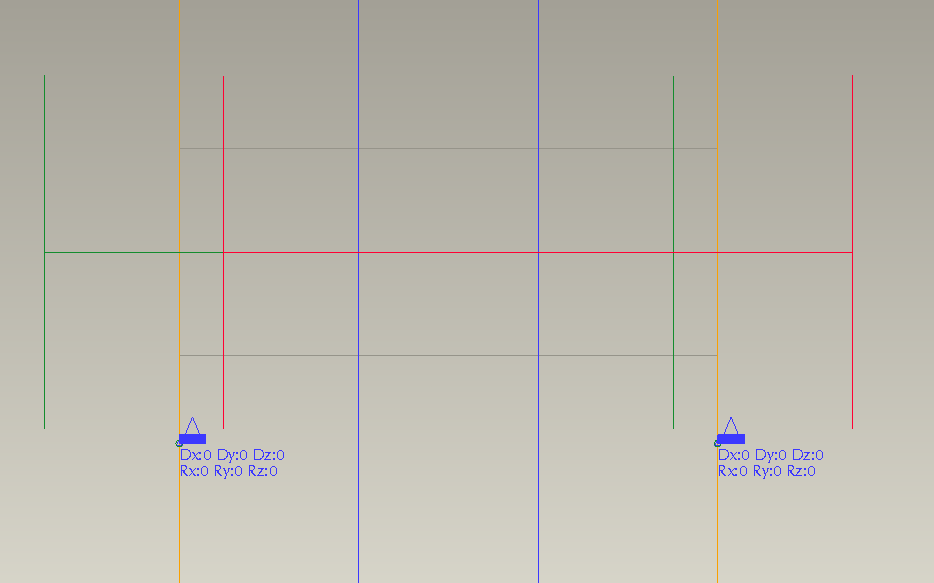 The second method is much, much quicker to implement, and
my gut feeling is that it might be modeling the joining
of the plates in a more realistic way. In reality, the
middle plate will not come into contact with the bolt
unless the load overcomes the friction between the plates
and causes the middle plate to slide. Before this
happens, the shear load is being distributed across the
contact surfaces and the load that the friction will be
able to handle will be dependent on the pre-load
(compression force) and the coefficient of friction.

It should be noted that the final model will be using
midsurfaces since the material thickness is on the lower
end.

Is it just me, or is there way too much time being spent trying to "automate" things that should be intuitive?


You know how much load the bolts will produce. Calculate the friction load, MANUALLY. Is it more or less than the design load? End of story.
S

Roger said:
Is it just me, or is there way too much
time being spent trying to "automate" things that should
be intuitive?


You know how much load the bolts will produce.
Calculate the friction load, MANUALLY. Is it more or less
than the design load? End of story.
Click to expand...

As I stated in the original post, this is a very
simplified model to test which method is best for
modeling. The model for the project I am working on is
very large, and the fasteners will see shear forces and
tensile forces in all three axis. The fastener will end
up carrying a shear load, which is OK provided it is in
the allowable range. Assuming the fasteners will prevent
any movement via friction alone would require a pre-load
of over 130,000 lbs.
S

Hi, did you ever get a solution for this - I am trying to simulate the same kind of bolted joint through three components and need to know the best method of applying loads / constraints. Can anyone help please?

According to Simulate Help Files, you can use Simulate Fasteners only whit 2 plates (not 3 like in your example).
In my opinion, the best method is the folloeing: Apply a negative thermal load to the beams so that the beam shrink. Verify, using a measure, that the load created by thermal load is the same as the load created by the real bolt .Create circular surface regions where the surfaces of the plates touch each other and apply a contact interface between those regions.
Create surface regions under the bolts heads and connect one end of the beams to the nearest region, using weighed links. Repeat the same for the other side of the beams (the nut side).
You must log in or register to reply here.
Share:
Facebook Twitter Reddit Pinterest Tumblr WhatsApp Email Link